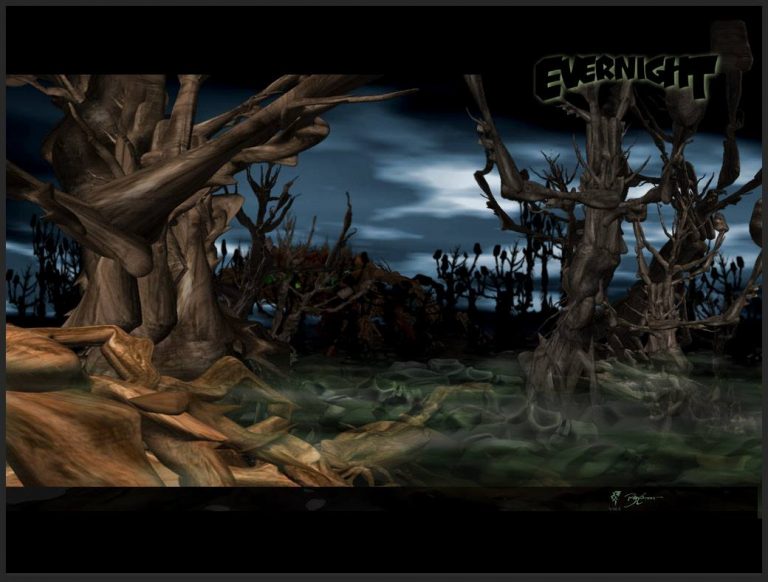 Here, this is where I will rebuild the tavern Nergal.

After driving a stake into the rootbound turf, Wyrm grins then began the labor-intensive task of laying out the boundaries of where he would erect the once-mighty tavern. 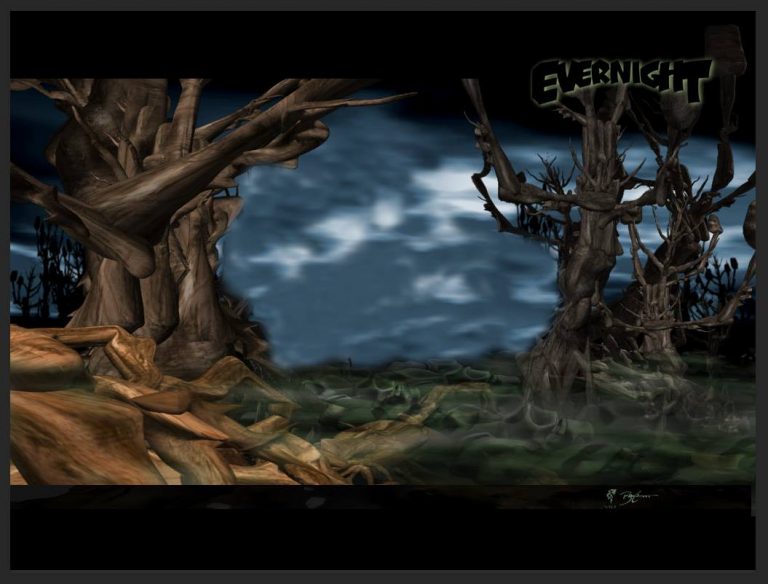 With a small release of fury, the very landscape itself started to change as the mists enveloped the dead forest. 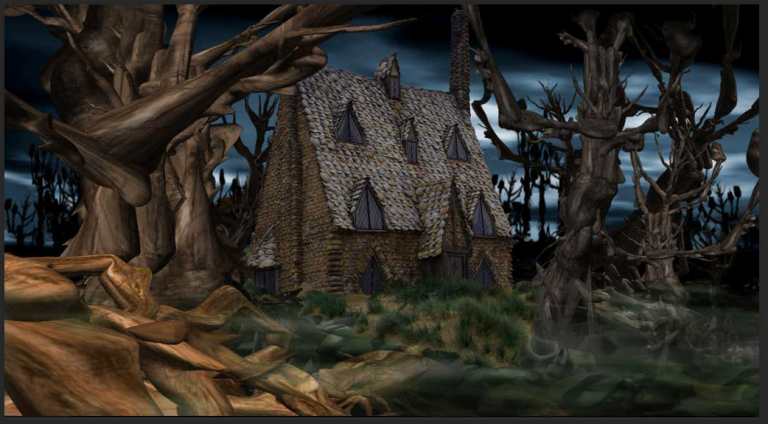 The air around the man crackled with energy as the apprentice wizard manipulated the fury web that surrounds Midia. Then, with an audible pop, where once only a fog-filled dead forest existed. The tavern Nergal now stood.

Not even missing a beat, Wyrm continued his work. After all, there was still so much more to do to get things ready for what was yet to come… 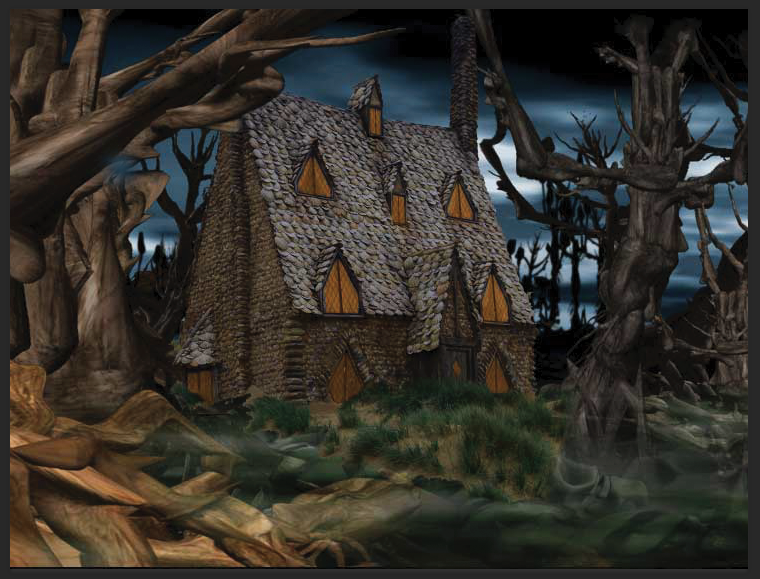 Wasting no time Wyrm rushed into the Empty tavern. A wave of nostalgia washed over him as he entered. Everything was just as he had last seen it when he left.

Clearing the dust from the Bar he began his work. So much was left to do if he was to have this place ready for Christmas! 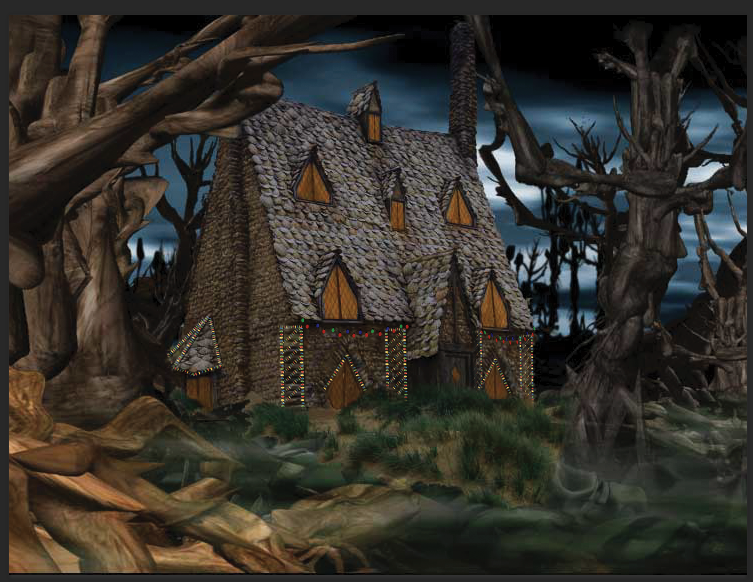 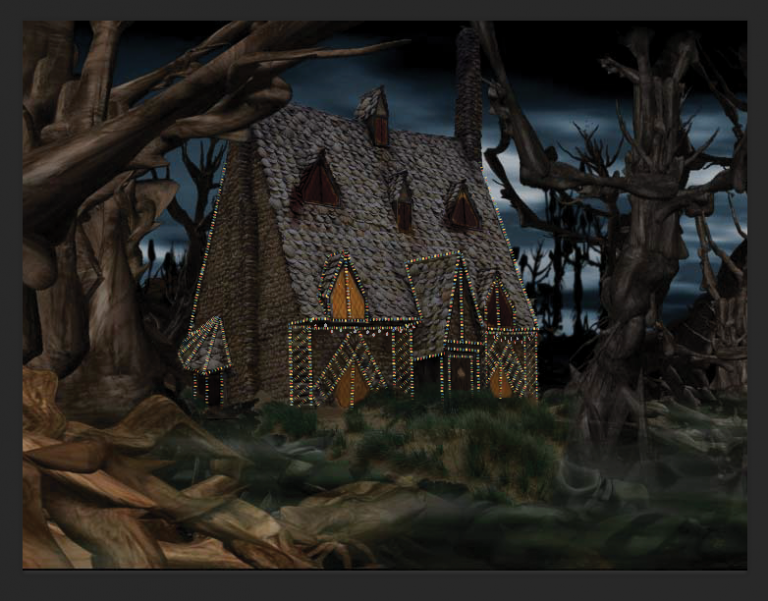 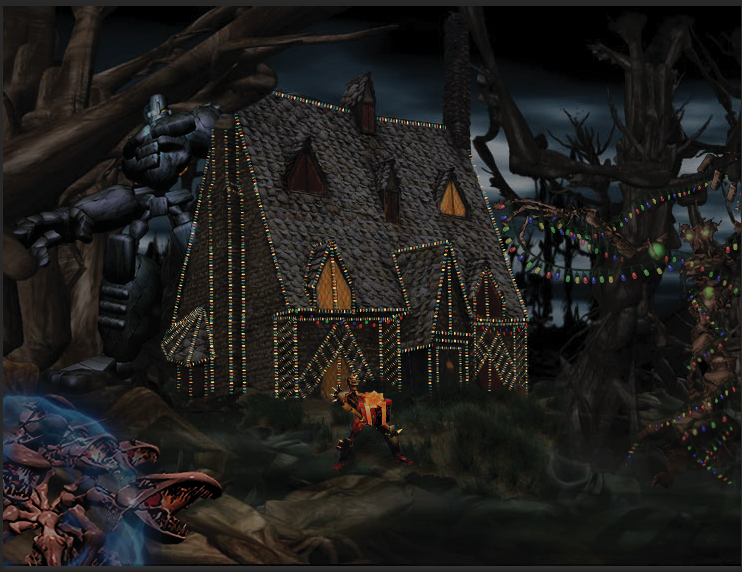 “Of course!” wyrm exclaims to the emptiness of the dead forest. “This is Nergal’s Tavern! Bork be damned! ” Laughing maniacally as waves of forgotten lore, once common knowledge to the patrons of the tavern, came unbidden to the forefront of his memory.

Giggling as he mutters to himself, the garbled words mostly incoherent nonsense, but from time to time a listener might make out “tavern”, “church”, and “construction” between concise gestures and mad laughter.

“And that should… Do… it!” Feeling the familiar tug of the fury weave, Wyrm was elated as his hunch became fact. Mustering all of his fury reserves, he begins the tasks of summoning his remaining Forms and the Lessers he could afford to his aid… 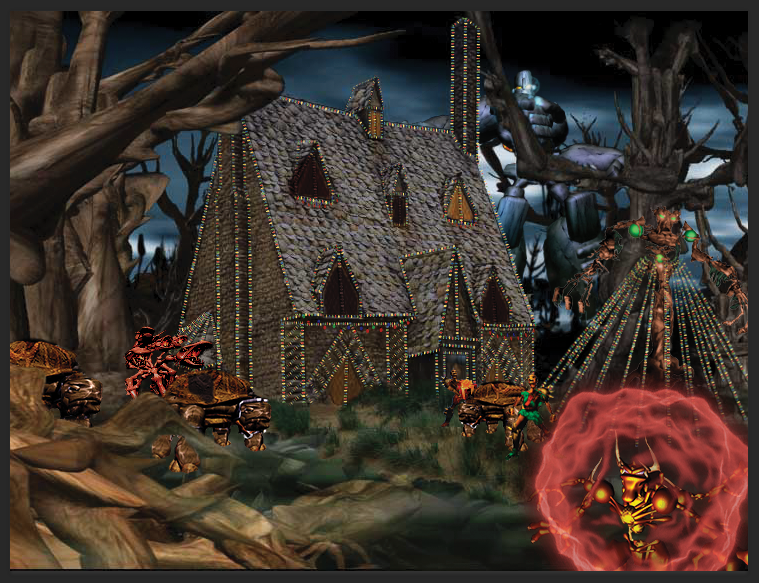 Years of fighting on the blood-drenched frontlines served the experienced team well as they came together to finish the job.

Sword and shield replaced by hammer and nail, the finely honed legion came together under the red and green flag of Christmas, putting aside racial prejudice for the good of all Midians.

Exhausted, but satisfied, Wyrm used the last of his fury to summon his final form into this realm. Even at half fuel, Delmire, the mischievous magma demon was a mighty force on any battlefield. However, this was no war zone. Reluctantly he gave up the struggle of will that bound him to wyrms control and after a short time, the board demon set to work.

Straining to keep his eyes open and confident that the tavern would be ready in time. The drained, warlord gave instructions to his most trusted crusader then made his way into the tavern for a Belrog Bitter before finding a soft place to rest his head. 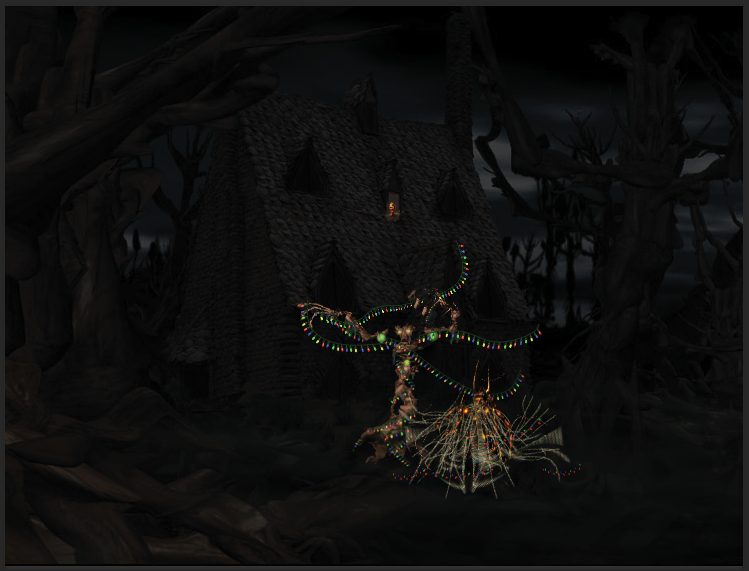 *Tink, tink, tink. * The lightly armored warlord could barely hear the iron-tipped arrows that bounced harmlessly off the belly of his Amber mount. Ignoring the roaring winds and timing it so that he might see the source of the sound between the rhythmical pumping of mighty dragon wings, Wyrm turned to look back over his shoulder. Immediately he wished he had not.

Far below the majestic pair, a battle unlike any he had ever witnessed played out… and from the looks of things, it did not bode well for somebody. Casual interest turned into soul-wrenching fear when he recognized the burning and swiftly shrinking citadel in the distance.

Blackrock Wood, a dead forest that he had himself named, once stood in the shadows of a solitary onyx peak that marked the southernmost border of his home region. Only now, Blackrock Wood was nothing more than a smoking latticework of fiery rivers which flowed away from the burning keep known by the locals as the “Dragon’s Nest”. His keep, his home, his safe place… but only now, it was in ruins.

*Tink, tink, tink. * Bracing himself as the amber veered out of the barrage of yet another volley of arrows, Wyrm watched as the thousands of razor-tipped projectiles reached the apex of their arching flight, only to return to the inky darkness that bore them. Contemplating the sheer number of lesser it would take to pull off such a feat, he never saw the obsidian hand of the Colossa that swatted him and his reptilian steed from the night sky.

Helpless and ripped from his saddle, he found himself plummeting through the air. Time seemed to slow to a standstill leaving Wyrm mysteriously aware of everything and rendering the sounds of battle and the swiftly approaching ground into more of annoying hindsight… rather than the topic of impending doom that it should have been. Noticing the fact that he was noticing these subtle gaps of awareness, he became sure he was under the effects of the arcane spell school of Psylicides.

*Tink, tink, tink. * Breaking free from the magical grip of the spell that held control over his consciousness, the worn-out and thoroughly drained commander tentatively cracked open a bloodshot eye. Turning up the lantern on the nightstand caused the shadows within the room to flicker and dance, revealing a tiny moth trapped inside by the windows’ foggy glass panes.

*Tink, tink, tink. * Wanting nothing more than to sleep and regain some of his strength, he relinquished the warm confines of his bed. Tossing away the covers with a tantrum like ferocity, he made his way to the window and its ensnared victim. With eyes, still gritty from the sleep-like effects of the spell, Wyrm tore open the window and looked outside.

He was not prepared for what greeted him. 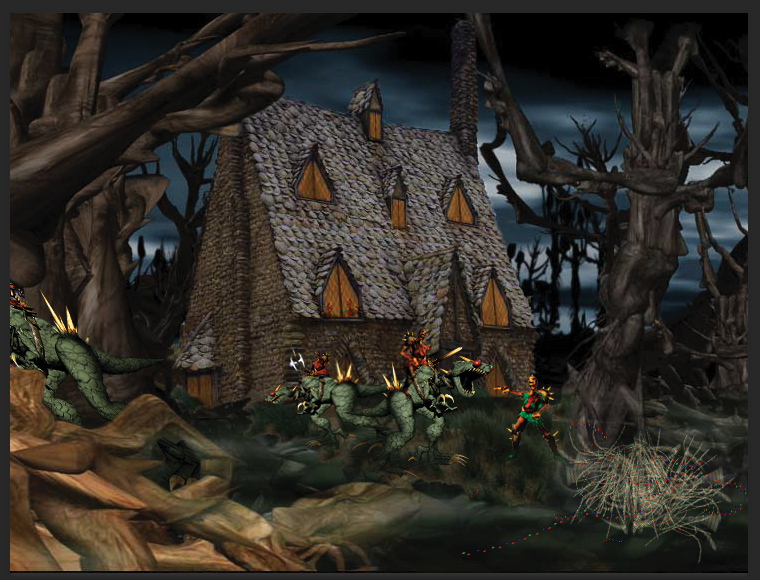 “No, no, no, no noooooo. Delmire!” Shock and dread replaced the lingering effects of the spell induced slumber Wyrm had awakened from. Before the words left his parched lips, his hands had already begun the practiced ritual of absorption. Dashing down the tavern stairs, leaping down three steps at once, the seasoned veteran emerged to a crusader filled the common room. “Incinerak, claim thee” he finishes as all the gathered patrons turn as one to greet their winded warlord.

Outside, strands of tangled lights fell to the earth as the impish demon Delmire is forced out of the world of Midia. Dark laughter echoed through the even darker wood as Wyrm exited the Tavern, the last reminder of the magma demons passage into Incineraks dominion. Not that a reminder was needed, Wyrm would not soon forget this treachery, all the work that he and his forces had accomplished… undone in the span of a few short hours.

Wasting no time, Wyrm beckoned his top commanders to him. The man knew that if he were ever going to have the tavern ready in time for Christmas, he would have to enlist the aid of others. Instructing his underlings to dispatch their fastest Rip riders to the neighboring kingdoms, the reinvigorated warlord, turned and began the task of salvaging whatever he could from the demon’s wake.